Jessica is 30 years old and comes from Ostend, West Flanders. She was a math teacher and decided to quit her job in order to travel the world. She has a big weakness for animals but above all “she has more oil and fuel than blood in her veins” according to the people surrounding her. Before growing into the traveling scene of motorcycle riding, Jess was a dedicated track rider dragging her knee with an Aprilia RSV Mille. But don’t be fooled, all motorcycles are ok for Jess, wether it’s racing, trial, touring, cross or adventurous travel, she’s up for it. With only 162 cm of height, she controls the big adventure bikes as the tallest men. She rode through many countries in Europe including Norway, Romania, Slovakia and Italy but has also ridden solo in Japan and California for the Ducati Globetrotter 90° project. She never stops riding, neither for a iced visor, heaps of mud, or in 2013 even after broken wrist you could find her on her bike the day after surgery. One of her slogans became “riding my bike I’ve faced many tough days, but never ever a bad day”. 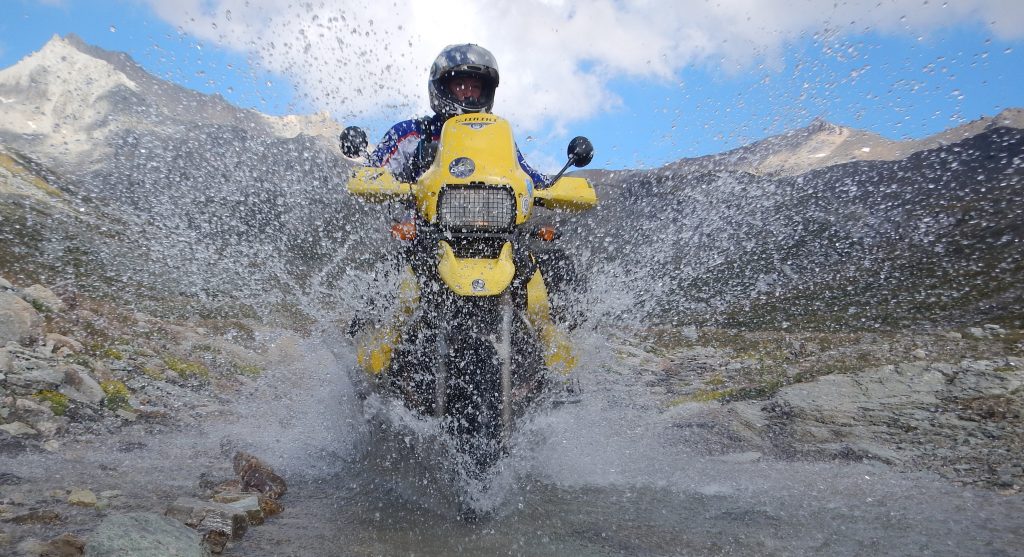